Naruto, as we all know, is one of the longest anime series of all time and it comes as no surprise to us that Naruto also happens to have a great deal of filler episodes as well. Despite the fact, that most people try to avoid the fillers and find them annoying, we find some of the filler episodes in Naruto to be quite thrilling and fun to watch.

And that is why, we present before you the top 10 Naruto filler episodes that are totally worth your time! 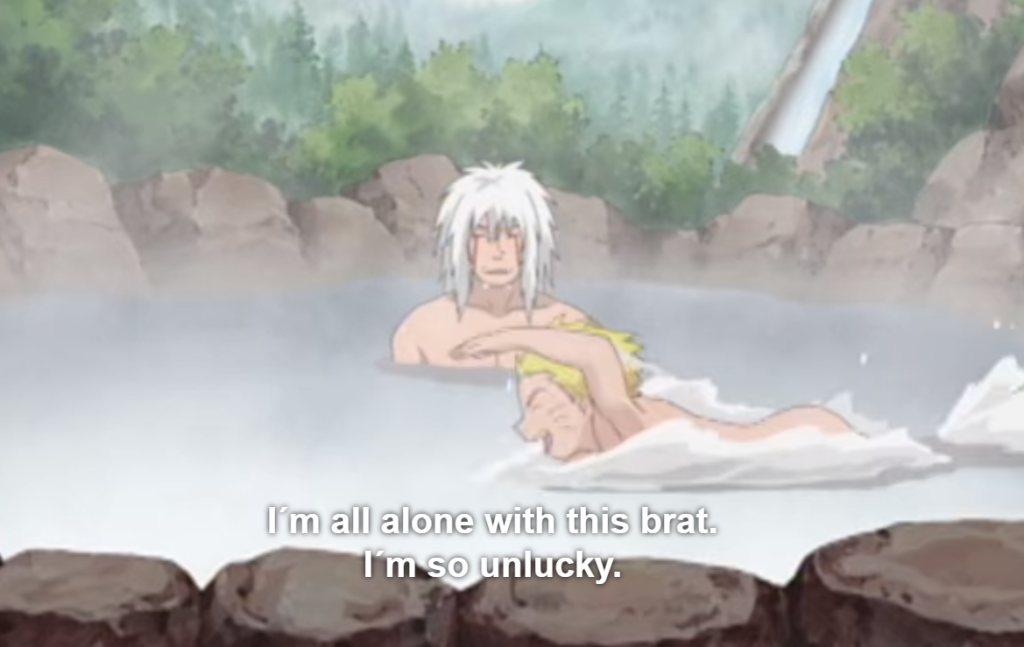 This is probably one of the most fun and humorous filler episodes in Naruto series and that’s exactly why you shouldn’t be skipping this. It shows Jiraya, Tsunade, Shizune, and Naruto on their way to the village, when Tsunade comes with a crazy idea about taking a hot-water bath to relax before they reach the village.

Jiraya, at first doesn’t seem to like the idea too much but after a little convincing from Tsunade (which does include women), Jiraya agrees to go with them which actually makes this episode fun to watch.

This was probably one of the most anticipated filler episodes for the true Naruto fans as in the series, Kakashi was always shown to be one of the most mysterious characters. Fans weren’t given his backstory until Shippuden and so the idea of revealing what Kakashi was hiding behind his mask, excited every Naruto fan.

This episode was nothing but a humorous joke about what might Kakashi look like which did leave the fans more curious about Kakashi’s true identity.

8. The Last Leg: A Final Act of Desperation 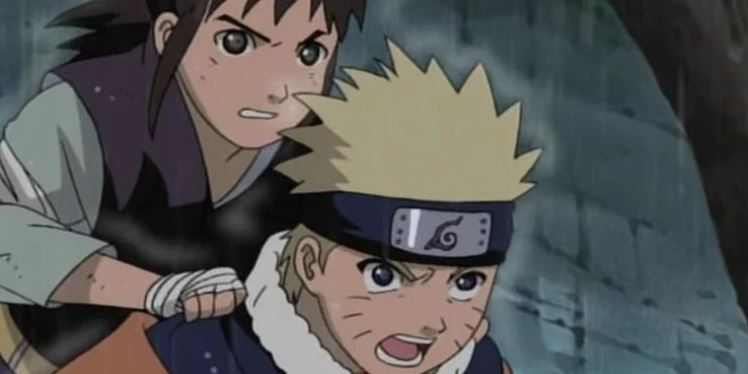 This filler episode is of significance due to the fact that this is the climax of the race that goes on for a number of episodes and the last journey for team 7 together.

After Sasuke is defeated, Naruto manages to defeat the ninja wielding the Sword of the Thunder God which consequently,causes Uchiha’s anger against his teammate to boil up and further pushes the thought of rivalry between him and Naruto.

Being a true Naruto fan, means loving Jiraya with all your heart and that even includes watching filler episodes, especially if they have both Naruto and Jiraiya alongside Sakura. It’s entertaining and has several memorable moments involving all three characters.

Jiraiya sends Sakura and Naruto on a new quest to help them forget about Sasuke’s absence for a while, but little do they know that this new journey they embark upon will ultimately lead them to Sasuke. 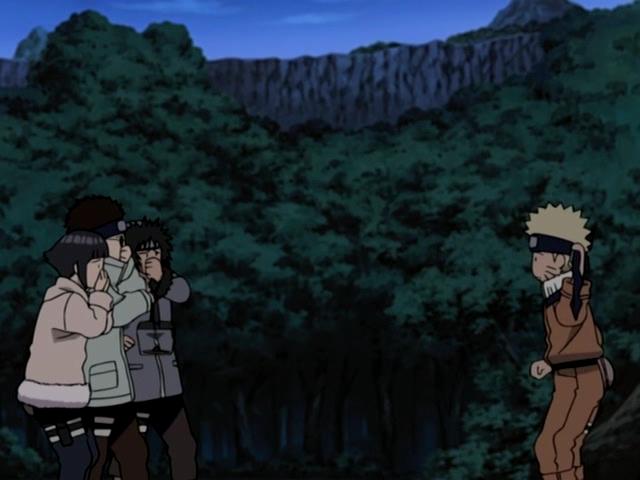 This is another fun episode which shows team 8’s efforts in finding Sasuke. They come to a decision that Bikochu beetle can help them track down Sasuke but for that they needed to find the rare Bikochu beetle first and when they did, things got a little complicated than they anticipated. 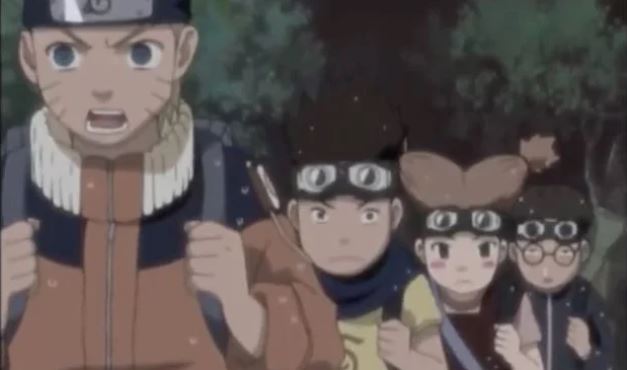 This is one of those episodes that shows what other characters, besides Naruto can do in tough situations. This episode allows other characters to show off their own survival skills, when faced with a fierce thunderstorm in the middle of nowhere.

4. The Appearance of Strange Visitors 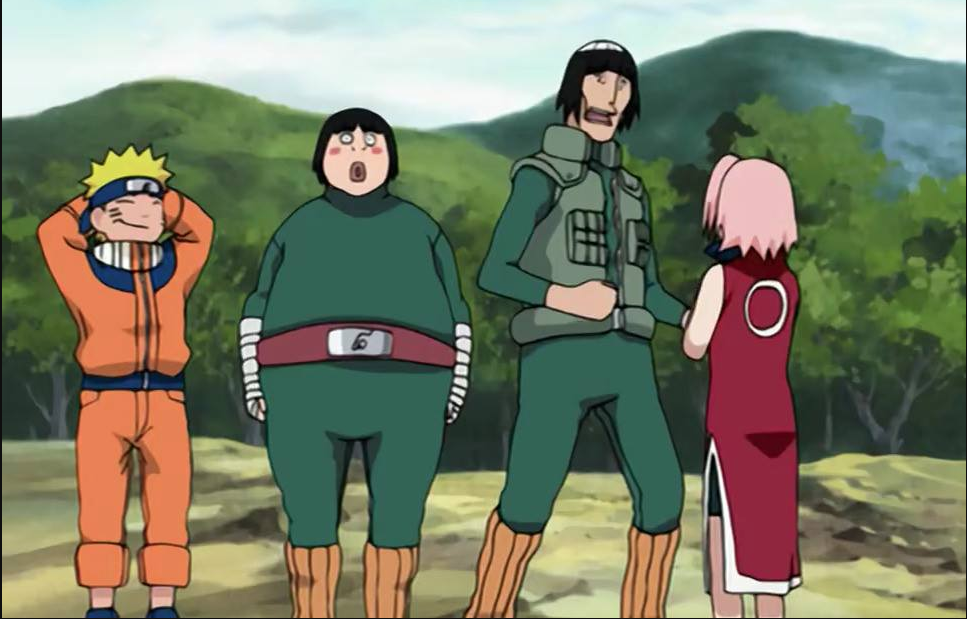 This is another one of those humor-filled episodes, showing two imposters who invaded the village after Lee and Guy left. Naruto, due to his innocence, actually fell for their trick.

The fun part was the training sessions that they went through together which proved to be too hard for the imposters and finally made them leave the village.

We all know Jiraya to be a little too obsessed with attractive women and this episode truly portrays Jiraya’s character. On the way back to the village, Naruto stumbles upon his master, flirting with two beautiful young ladies.

While Naruto ends up in a chase with the postman, using his Harem Jutsu. But lastly, the pleasant bonding between Naruto and his master really melts your heart.

The one thing that makes Naruto so great, is the special bond master and the students be it Naruto and Jiraya or Guy and Lee. This episode fills you with thrill and emotion as you watch Lee and Guy fight the dummies mimicking the other’s movement.

Despite the life-threatening fight, the both are ready to die for each other but thankfully, the years of training pays off and they manage to destroy the dummies.

This is one of those episodes that will take you on an emotional ride.Raiga, a fierce swordsman of the Mist, confronts Lee, Negi, Tenten and Naruto.

Naruto, despite using his army of clones couldn’t stop and the battle becomes even more thrilling as drunken fist lee comes to join it.