Super Dragon Ball Heroes is a Japaense ONA (Original Net Animation) that was concurrently and continuing to air after the Dragon Ball Super Anime series, premiering on June 1st, 2018. It is a promotional Anime for the card game and video game series “Super Dragon Ball Heroes” as well, with a loose storyline that is cobbled together as alternative potential timelines as it moves forward, with no real direction or end goal in mind.

The purpose is mainly to promote the card and video game(s), thats it.

Does this mean you shouldn’t watch it? Well that depends. If you enjoy the fast action style of Dragon Ball Z or Dragon Ball Super, then I suspect you should take a gander and check this one out as well. It is not Canon or part of any original storylines, however it certainly helps to have seen all previous Dragon Ball series prior to watching. 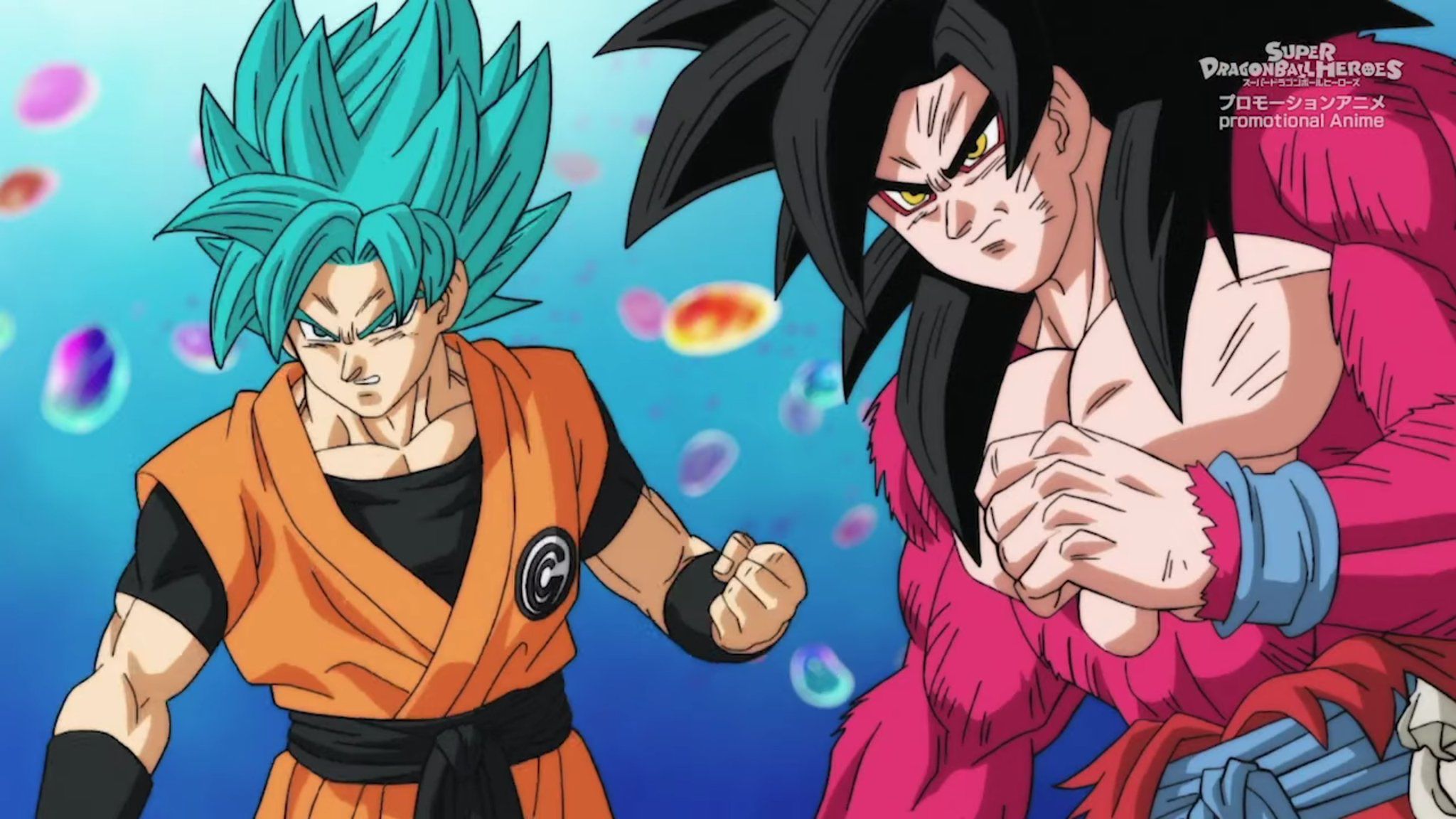 The Plot (or lack thereof)

Word of warning, don’t come to watch this ONA with any hopes of… well anything. This series presents several alternative timeline continuations that occur after Dragon Ball Super and even the Dragon Ball Super: Broly Movie. It’s an awesome little action packed series with fight scenes and good promotional content jammed into 6-8 minute episodes. Nothing more, nothing less.

In fact, just watch this assuming it is its own separate timeline in a separate dimension.

If I had to put this series somewhere on a timeline, it would certainly be during or after the Dragon Ball Super chronological timeline. Goku and Vegeta can go Super Saiyan Blue, and many other characters have grown up (wow, Pan is a teenager now?). Considering it is promoted to be potential alternative endings or story continuations for the series, it make sense.

Super Dragon Ball Heroes mixes just about every part of Dragon Ball Z, Dragon Ball Super, and even the silly attempt at a series called, Dragon Ball GT and mashes them all together to make a series that involves Super Saiyan Blue variants of Goku and Vegeta, combined with Super Saiyan 4 (monkey tail) variants as well. They even combine the two on screen at the same time several times.

Super Saiyan 3 Vegeta? Hell Yeah! Haven’t seen that before, but you will in this series. They pretty much souped up all the characters and made them act and do exactly as fans want to see — more fighting, more transformations, more action, and very little downtime or filler at all. However I must admit, seeing a Super Saiyan 3 Vegeta with long hair was kind of cool and makes you wonder why they didn’t pursue that in the original Dragon Ball Z series (yes I know, there is a lot of talk and speculation about that). 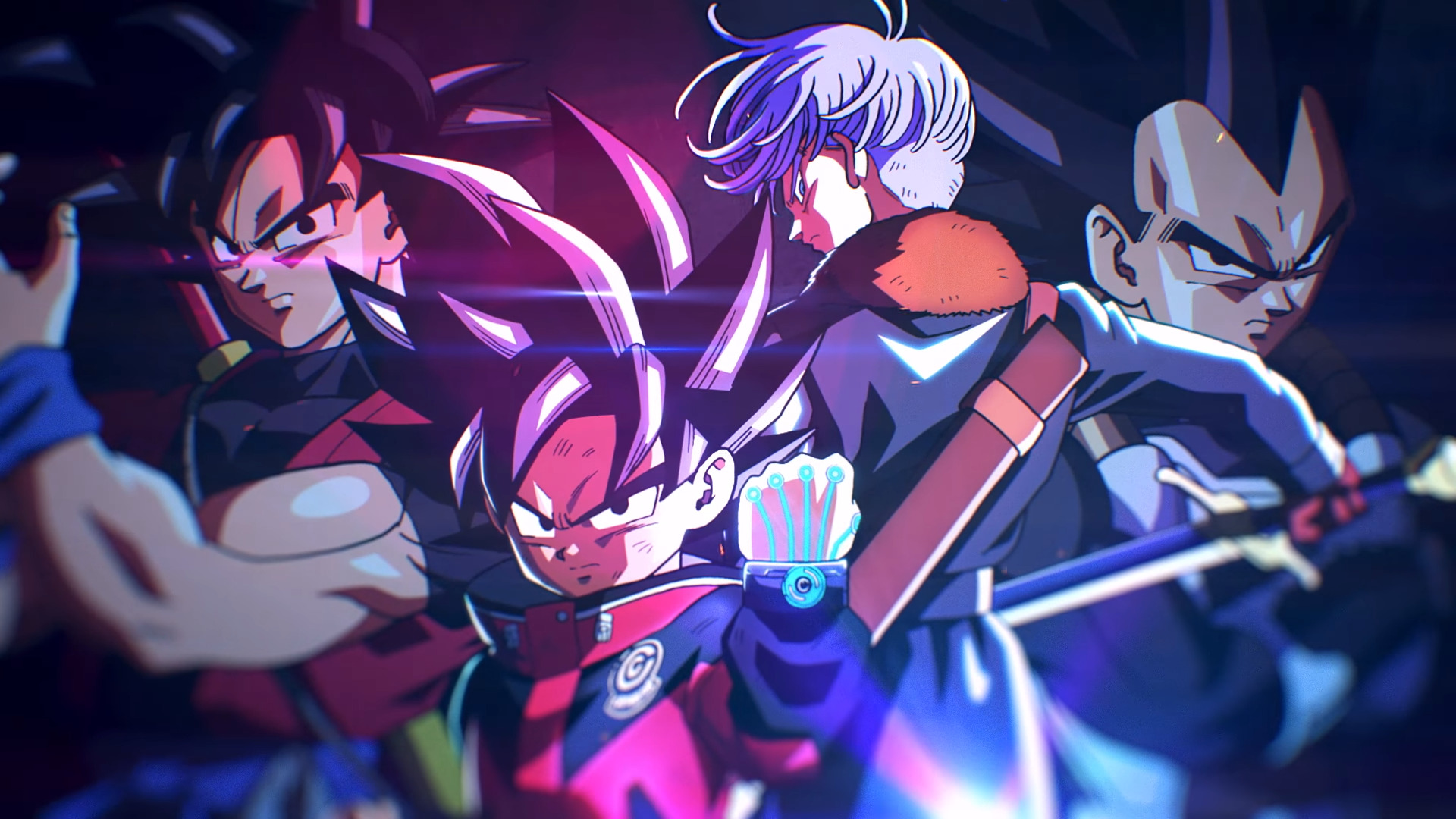 Either way, if you’re on the fence about watching this, don’t be. Just go watch it, the episodes are very short, and you can probably finish it faster than the time it took me to sit down and squirt my thoughts onto this screen for this article.

I’m hyped for more episodes just because I love the action, fighting, and so on.. And it helps DBZ was the Anime that got me into Anime. Yes, shallow I know, but get over it. ^_^.