Deca-who? If you haven’t heard of this Anime, it is one of the better series airing in this years Summer season lineup. Below is more of a mid-season wrap-up and review of my thoughts of where this Anime is now and where it is headed.

I promise, Deca-Dence is NOT an Attack on Titan clone.. really!

So, the visuals are very similar to Attack on Titan — gorgeous to say the least! But otherwise, these two are confirmed different anime and that’s a fact. There’s much more to be unfolded yet, but how about that 3rd episode? We were introduced to some sort of alternate world where what seems like little minions ruled the roost and controlled the world surrounding them. A simulation, in fact, better describes it. I did NOT expect something like that, cool!

So far we’ve got a small cast of characters but each one is turning out to have an interesting story. We meet the male main character, Kaburagi in the 2nd episode and it looks to be mighty promising. He has goals of what seems like overcoming the simulated world at some point, but I could be getting ahead of myself. I can dig it! Not your average male MC.

The female main character, Natsume, is a decently thought out character so far, with an interesting past, however I am worried they are going to mold her into your typical female MC who always wants to mindlessly do the right thing. Either way I like her so far and it will be interesting to see how she progresses throughout the series. 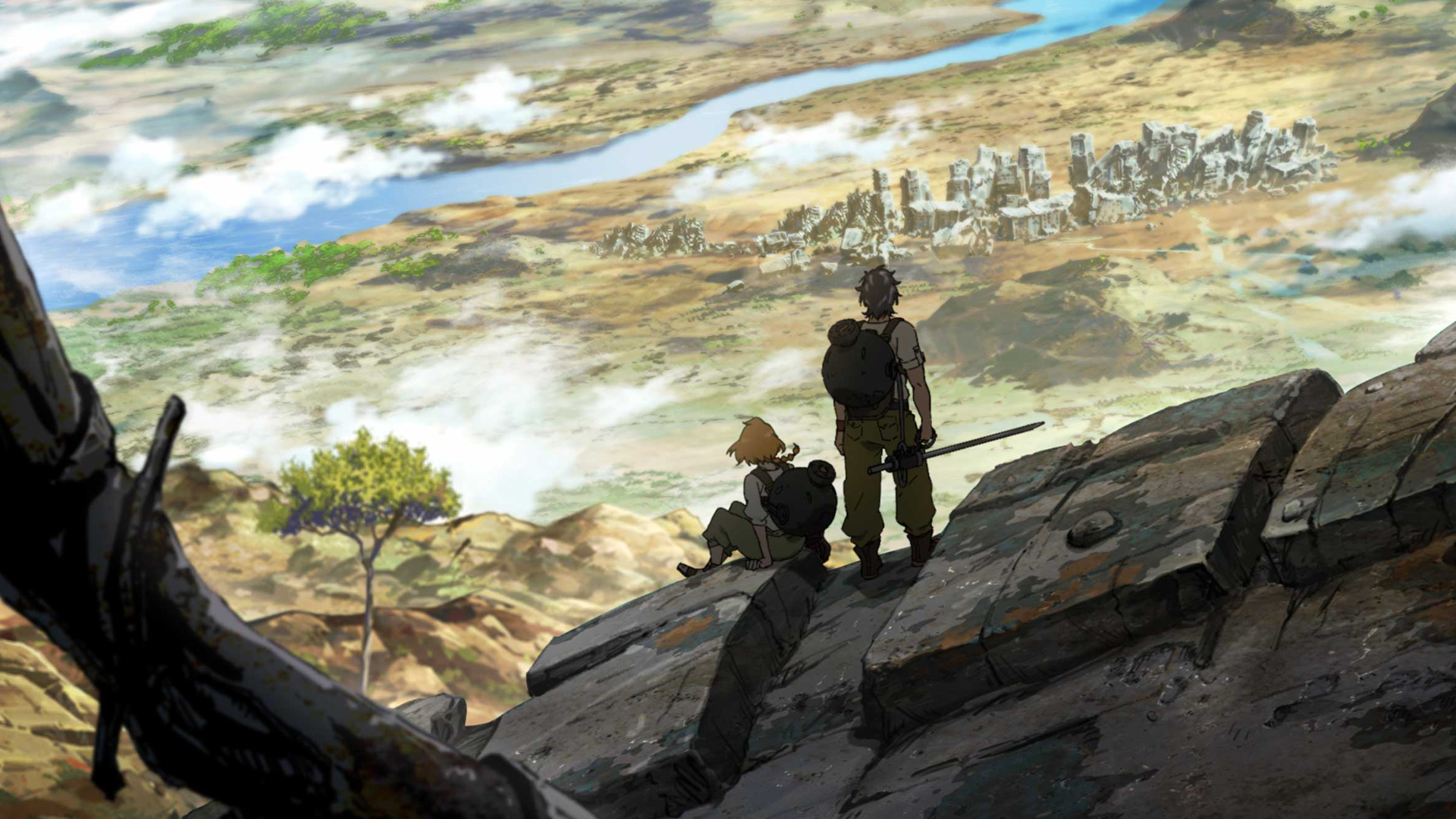 With many of the summer 2020 anime lineup, the visuals are on another level. The God of High School stole the show for visuals.. or has it? Deca-Dence visuals are quite stunning. The reason many associate Attack on Titan with Deca-Dence is because of this, and if you have seen AoT then you know.. those visuals are HOT.

Nothing more to say, awesome visuals and the fight scenes are easy to watch.

As alluded to earlier, this story has huge potential. We were given a twist already with the idea that everything we’re watching takes place inside a simulated world where minions decide everything. In fact, those minions remind me of Fall Guys characters, the hottest streaming game at the moment. (Prayers for TimTheTatman, lets hope he gets a win finally, LOL). Went off on a tangent there, sorry.. Think chibi-like characters.

Anyways, the storyline certainly seems promising. As it unfolds we will see what happens but I have a good feeling.

Deca-Dence isn’t blowing me away, but its also not boring me either. There’s a lot here to enjoy and a lot to hope for. At this point we’ve seen just enough to know there’s potential and lets just see where it goes. I’m hopeful, and you should give it a watch if you’re on the fence or haven’t already!